How Ethanol Is Made

The production of ethanol or ethyl alcohol from starch or sugar-based feedstocks is among man’s earliest ventures into value-added processing. While the basic steps remain the same, the process has been considerably refined in recent years, leading to a very efficient process. There are two production processes: wet milling and dry milling. The main difference between the two is in the initial treatment of the grain.
Importantly, companies today are involved in technological innovations such as cold starch fermentation, corn fractionation and corn oil extraction. Companies are also utilizing biomass gasification and methane digesters to reduce natural gas consumption. Additional work is being done to reduce energy consumption and production costs, increase efficiency and reduce emissions using the best available control technologies.

In dry milling, the entire corn kernel or other starchy grain is first ground into flour, which is referred to in the industry as “meal” and processed without separating out the various component parts of the grain. The meal is slurried with water to form a “mash.” Enzymes are added to the mash to convert the starch to dextrose, a simple sugar. Ammonia is added for pH control and as a nutrient to the yeast.

The mash is processed in a high-temperature cooker to reduce bacteria levels ahead of fermentation. The mash is cooled and transferred to fermenters where yeast is added and the conversion of sugar to ethanol and carbon dioxide (CO2) begins.

The fermentation process generally takes about 40 to 50 hours. During this part of the process, the mash is agitated and kept cool to facilitate the activity of the yeast. After fermentation, the resulting “beer” is transferred to distillation columns where the ethanol is separated from the remaining “stillage.” The ethanol is concentrated to 190 proof using conventional distillation and then is dehydrated to approximately 200 proof in a molecular sieve system.

The anhydrous ethanol is then blended with about 5% denaturant (such as natural gasoline) to render it undrinkable and thus not subject to beverage alcohol tax. It is then ready for shipment to gasoline terminals or retailers.

The stillage is sent through a centrifuge that separates the coarse grain from the solubles. The solubles are then concentrated to about 30% solids by evaporation, resulting in Condensed Distillers Solubles (CDS) or “syrup.” The coarse grain and the syrup are then dried together to produce dried distillers grains with solubles (DDGS), a high quality, nutritious livestock feed. The CO2 released during fermentation is captured and sold for use in carbonating soft drinks and beverages and the manufacture of dry ice.

In wet milling, the grain is soaked or “steeped” in water and dilute sulfurous acid for 24 to 48 hours. This steeping facilitates the separation of the grain into its many component parts.

After steeping, the corn slurry is processed through a series of grinders to separate the corn germ. The corn oil from the germ is either extracted on-site or sold to crushers who extract the corn oil. The remaining fiber, gluten and starch components are further segregated using centrifugal, screen and hydroclonic separators.

The steeping liquor is concentrated in an evaporator. This concentrated product, heavy steep water, is co-dried with the fiber component and is then sold as corn gluten feed to the livestock industry. Heavy steep water is also sold by itself as a feed ingredient and is used as a component in Ice Ban, an environmentally friendly alternative to salt for removing ice from roads.

The gluten component (protein) is filtered and dried to produce the corn gluten meal co-product. This product is highly sought after as a feed ingredient in poultry broiler operations.

The starch and any remaining water from the mash can then be processed in one of three ways: fermented into ethanol, dried and sold as dried or modified corn starch, or processed into corn syrup. The fermentation process for ethanol is very similar to the dry mill process described above.

The Production of Ethanol from Cellulosic Biomass

This process flow diagram shows the basic steps in production of ethanol from cellulosic biomass. Note that there are a variety of options for pretreatment and other steps in the process and that several technologies combine two or all three of the hydrolysis and fermentation steps within the shaded box. Chart courtesy of the National Renewable Energy Lab. 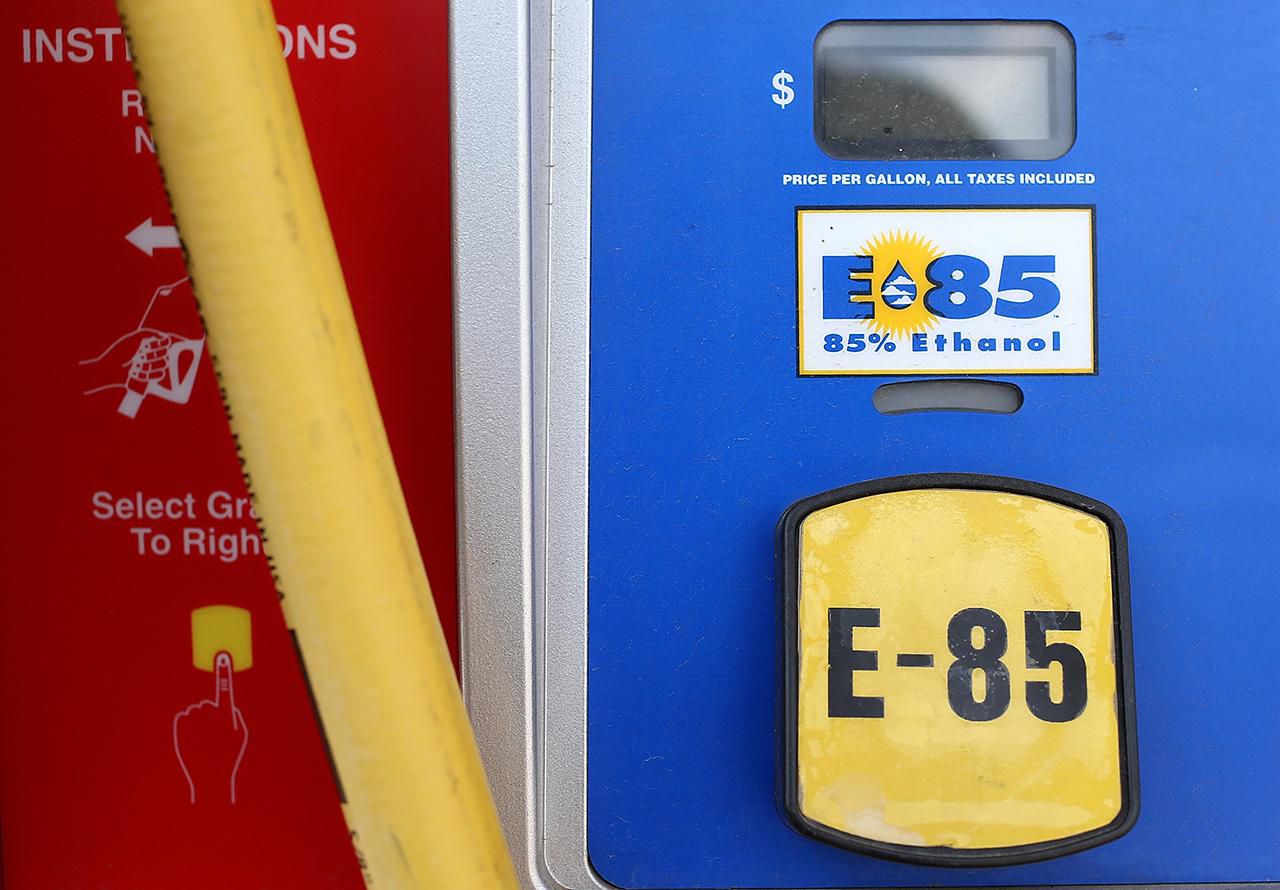 How Is Ethanol Made?

A simple discussion of the raw materials and processes used to produce ethanol.